Not long after Celia leaves her home to go on an adventure (and maybe, just maybe, to avoid getting married to Ced the creep) she finds herself in the village of Villageville, where she meets another runaway. Just as they are deciding to go search for adventure together, a group of remarkably rude bandits show up and kidnap Celia's new friend! Now it's up to Celia to save her friend, prove herself to the villagers in Villageville, and beat up all kinds of strange creatures living in the Valley.

Brawl, bomb and magic your way through hordes of enemies ranging from the almost-peaceful Angry Shrooms to the devastating Dragon Dragon! Meet new friends and companions like Guy the almighty fairy, an old man that's absolutely not a retired hero, pirates, bandits and an immortal mouth in a jar! Beat up monsters until they cry and turn those tears into potions! The possibilities aren't exactly endless, but there's a lot of them! Go forth, and above all else, please enjoy Celia's Quest!Features


Freely allocate attributes and skills through different mentors spread throughout the Valley.
No grinding for levels! Power up through exploration and defeating special enemies, no need for experience or levelups!
More than 80 skills and upgrades to choose from, spread over 6 skill types. Mix and match to find your own way to defeat your enemies.
10 dungeons, countless secrets and puzzles, hidden world bosses all in a huge world to explore and enjoy.
New Game Plus lets you carry over most skills and achievements, letting you fight even tougher foes, some with a dark secret past!
Multiple endings depending on secrets found and friendship bonds created, changing the outcome of the game.
A unique take on the classic JRPG battle style. Let Celia unleash a barrage of attacks, and adapt on the fly!
15+ hours of gameplay per playthrough, with multiple possible paths and strategies.
Become a mighty Swashbuckler, learn how to use the art of Punching, or imbue machinery with Magic!
The nitty gritty

Celia's Quest is a JRPG made in RPGMaker VX Ace with heavy emphasis on exploration and puzzle solving rather than grinding and leveling up. Forgoing classic level-up systems, Celia's Quest delivers player progression through Powerups spread throughout the world. This way the player is rewarded for exploring and solving puzzles rather than being patient. Celia's Quest focuses on enjoyment rather than an epic storyline or super dramatic monologues, and shies away from anything close to mature or grimdark. It is, simply put, a fairy tale. This fairy tale has many humorous moments and though it gets serious at times it's more of a comedy than a drama. Characters are over the top, enemies are silly and the world kind of makes sense... sometimes. Did you know dungeon waters are deeper than regular water? Did you also know that this is why dungeon water chooses to only reflect more profound things, such as stars? 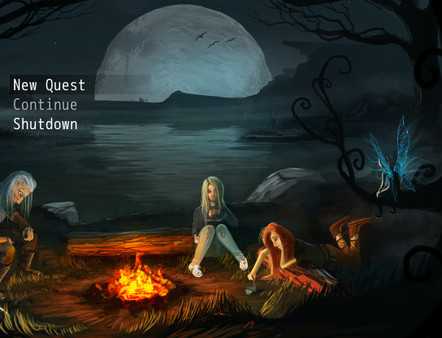 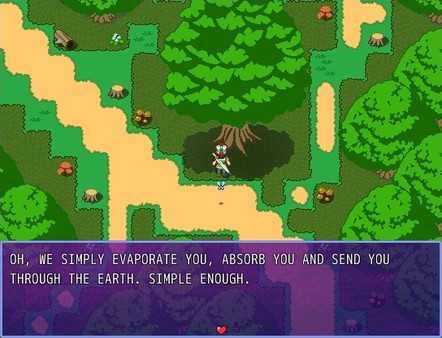 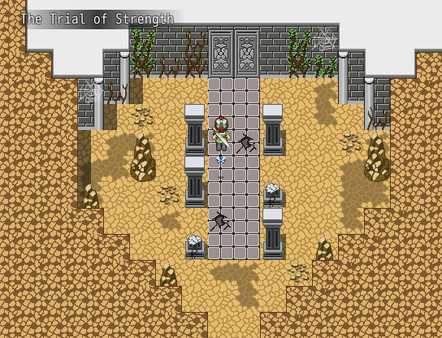 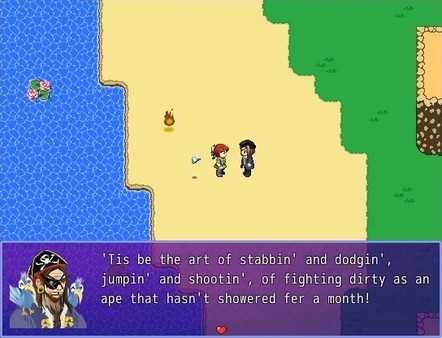 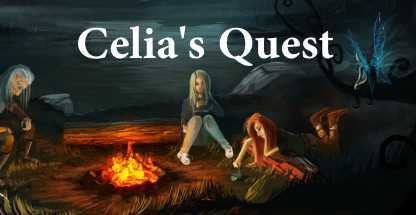 Not long after Celia leaves her home to go on an adventure (and maybe, just maybe, to avoid getting married to Ced the creep) she finds herself in the village of Villageville, where she meets another runaway. 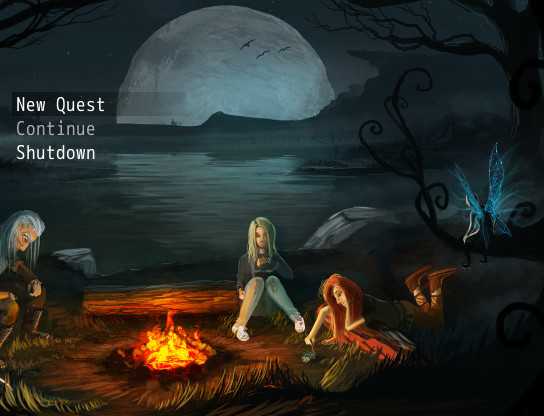 Experience the ultimate adventure and formation journey with Celia's Quest

Whilst I am not a fan of 16-bit JRPGs, I always appreciate a game that’s well done and nicely designed, and Celia's Quest is exactly that. In this particular game you can follow a girl whose main journey is to have her friend as well as prove herself in a world filled with dangers and uncanny battles that can be very hard to complete!

The story in this particular game is actually very good and I am impressed with the way they portray Celia as a poor, untrained girl that tries to evolve. In fact this is what the game is all about, the evolution of a girl into a mighty warrior.

Exploration is a huge part of the game to be honest, so if you are a fan of exploring hidden locations within the game world and engaging various monsters in battles, this is surely one of the titles you will like. Not only that, but I find that the gameplay is widely focused on the idea of combat, even though there are plenty of locations where the dialog plays a major role as well.

Enemies are varied in this game and there are many bosses too, so you can rest assured that there are lots of battles to be had in Celia's Quest. From the dragon to the angry shrooms, you can easily test your might against all of these monsters, and not all of them can deliver the best possible results.

The RPG component in this game is very solid and at the same time you will definitely appreciate the fact that you don’t have to grind in order to get new levels. Instead, leveling up is natural and it doesn’t take that long until you actually reach a new level, which is always a great thing and a major plus for sure.

Celia's Quest comes with tons of skills that you can learn and the ability to match and mix all of them is important if you want to survive in this world. While the game world is not that detailed, it’s vast and large, which means that you will have a blast exploring it, that’s for sure.

Graphically, the game does offer a 16-bit wonder as you would expect, but as I stated before the game world is nicely created and filled with amazing potential.

You can find dungeons and open spaces, with colorful locations being located alongside the other regions of the game.

Celia's Quest isn’t a long game, but it does deliver an intense and action packed experience. For around 15 hours you will have the ability to become a true warrior and help Celia evolve in what you want her to be. Celia's Quest is an intense, action packed game that does offer a ton of value and the experience you get here is amazing, so you shouldn’t hesitate to try it out. If you like JRPGs and you have a few bucks to spare, this can be a great investment