The official version of the board game - Eight-Minute Empire, by Ryan Laukat.AWARDS & HONORS2013 Golden Geek Best Family Board Game Nominee2013 Golden Geek Best Print & Play Board Game Nominee2014 Gioco dell’Anno Nominee2014 Hra roku NomineeBuild an empire in around eight minutes! Recruit troops to strengthen your army Command your forces to acquire new provinces Challenge your friends all over the world Sail across the seas & build castles to expand your empire Eliminate enemy troops to weaken your adversaries Collect goods to increase your advantageEight-Minute Empire, by Ryan Laukat, is a quick Civilization/Exploration game using card-driven area control.In Eight-Minute Empire, 2-5 players take turns selecting a card from the six displayed. This card gives the player a resource, and also has an action which the player takes immediately. Actions help players take over the map, but the resources are worth points at the end of the game, so players have to balance the two aspects. Players spread across the map in order to collect points at the end of the game by having majority control in regions and continents.Eight-Minute Empire is the super-quick area control game requiring tough decisions. It’s easy to learn and perfect for when you only have a few minutes.Features- official Eight-Minute Empire game- great artwork- ingame interactive tutorial- languages: English, German, Dutch, Polish, French, Spanish, Italian, Korean, Japanese, Chinese Traditional and Simplified, Russian- optimized for PC, smartphones and tablets- play with AI, with friends or both- pass and play mode- online multiplayer with synchronous and asynchronous modes- opponents' last moves replay- 3 levels of difficulty AIs with individual strategies- different maps- climate sounds and music- official rules plus extra additions- unique, original board game feel on your electronic device- colorblind mode- over 70 achievements 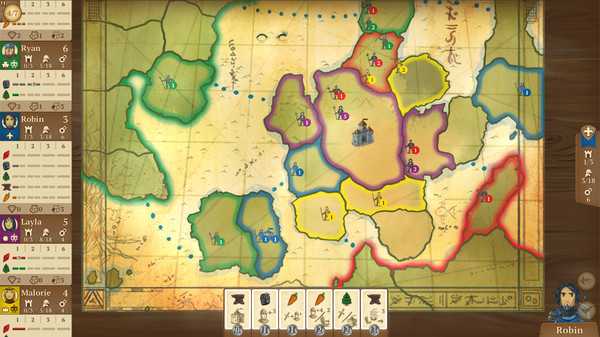 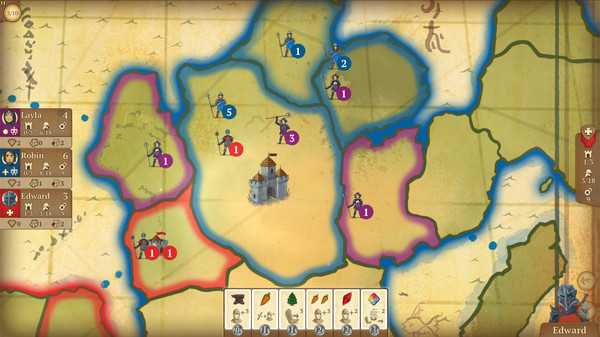 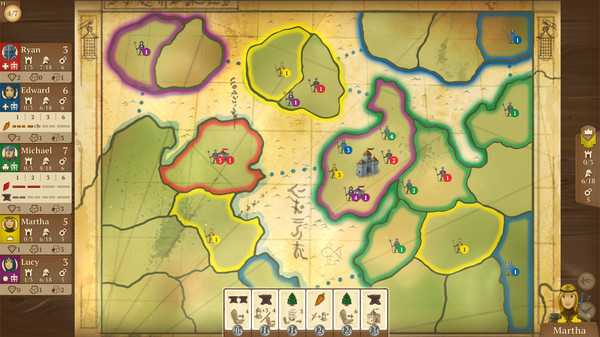 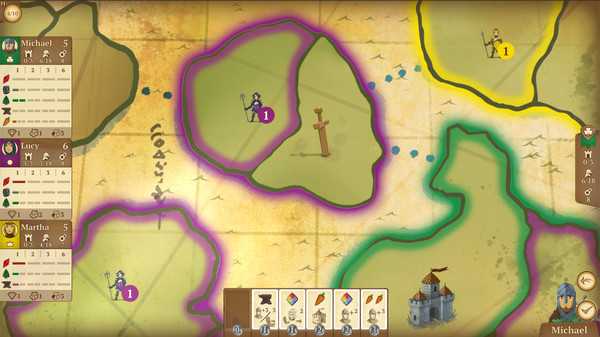 Eight-Minute Empire is the super-quick area control game requiring tough decisions. It’s easy to learn and perfect for when you only have a few minutes. 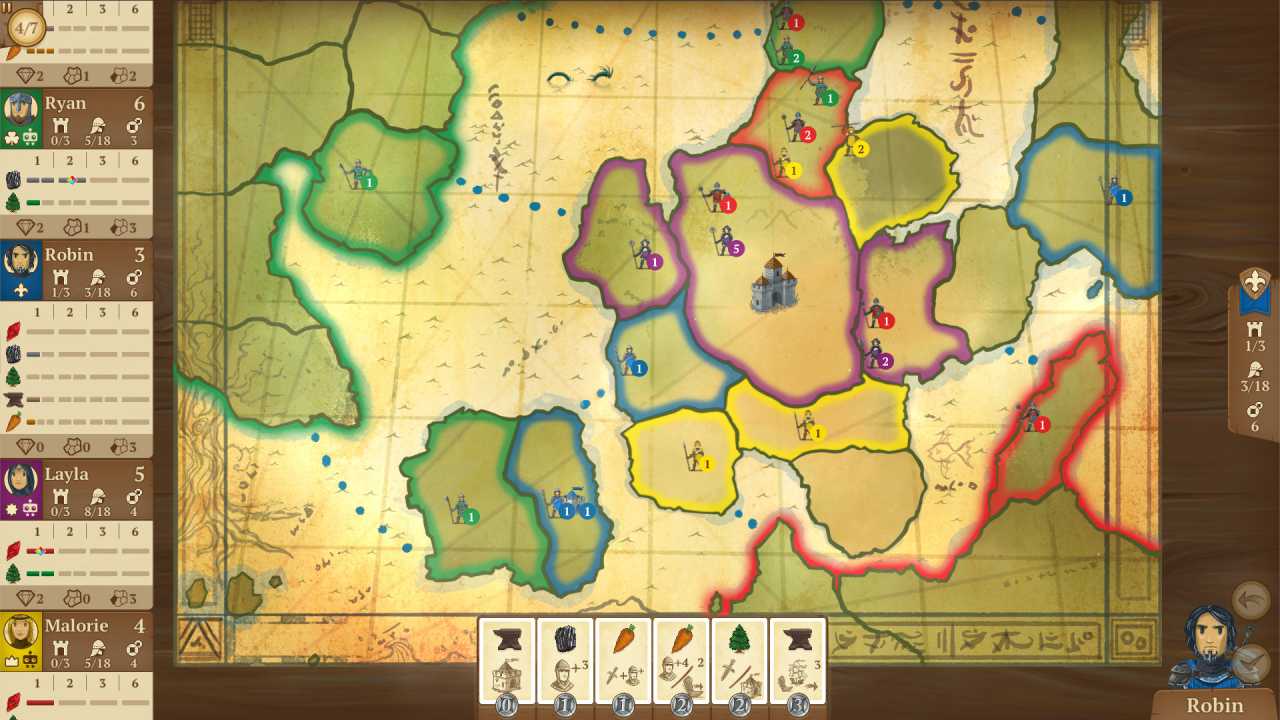 Eight-Minute Empire is the type of game that you can play for hours without even noticing how fast the time will pass. This is a strategy game and a rather simplistic one. The idea is that you have a game map which you can choose at the beginning of each match.

You will play against the AI, and the best part here is that you can change the AI efficiency as you see fit. You can make it better or easier, depending on the situation. However, the focus still remains on conquering as many continents, provinces and accumulating the most resources.

You and your competitor start with a single city, but you can easily use cards to expand your army and even build new cities on the game map. A thing to note about Eight-Minute Empire is that the game doesn’t have super huge maps, so it’s easy to see why you are limited solely to an 8 minute gameplay.

But then again, this is also what makes the game experience more rewarding. You aren’t really rushed into expanding, but you have to as there’s not a lot of game time and you have to adjust your gameplay and your approach the best way you can in order to win. Sometimes this will be an easy thing, other times not so much.

Thankfully, the fact that you get randomized cards does tend to enhance the game experience quite a bit. But there will be times when it will get very hard for you, and in the end it’s one of those experiences that can be extremely demanding.

I particularly like the fact that you can move the troops to new continents and you can easily add troops to the competitor regions. This way you negate their power. Usually, the best thing to focus on is to expand your reach to new continents. But that’s very hard to do at first, so eyeing the smaller continents and sticking to them can prove to be a winning move. Yet depending on each map, you will see that this strategy may not work.

Despite being very simple and pretty fast paced, Eight-Minute Empire does have a strength and that’s its unique strategic system. You are always facing an AI that tries to expand and which will do that as it tries to move against you with great efficiency. During my game experience I did end up losing a few times, but overall I found the gameplay to be very fun and it just ended up motivating me to play more and more.

The addition of DLC may be a bit too much, since this basically triples the price of the base game if you want to get the Emperor Edition which has all DLC and the base game. And the DLC is just a bunch of new maps, so you won’t get a ton of stuff for your money.

Even so, I believe that Eight-Minute Empire is well worth the money because not only is it fun, it’s also offering a legit and enticing game experience. It has a nice strategic approach, it runs very well and you can play online against friends or random opponents. Overall, there’s a ton of fun to be had here, and you should consider at least trying out Eight-Minute Empire. It’s a funny and pretty enticing game, worth your time if you want a simple and time limited strategy game!