Pre-Purchase OfferLEGEND OF THE MAMMOTH:

LEGEND OF THE MAMMOTH: 3 extra missions.
Drink from the shaman's cup to play as the largest animal in Oros, the almighty mammoth. Feel your power as you stomp your enemies and defend your herd from other beasts and humans.
A NEW WEAPON, THE BLOOD SHASTI CLUB: A bloodstained cudgel of bone and teeth wielded by Ull, the vicious leader of the Udam.
4 ENHANCEMENT PACKS that offers early access to rare resources and unique customization options.THE SABRETOOTH PACK: early access to animal hides for crafting + change a selection of the sabretooth tigers in Oros to the ferocious Flame Fang Sabretooths.THE OWL PACK: early access to resources for crafting + decorate your arms with unique Wenja tribal paint + change the appearance of your owl companion, give him the dark feathers of a raging storm cloud.THE MAMMOTH PACK: early access to an endurance-boosting recipe + change a selection of the mammoths in Oros to the mysterious Ash Back Mammoths.THE BOMB PACK: early access to 2 extra string bags to increase your odds of survival.About the GameThe award-winning Far Cry franchise that stormed the tropics and the Himalayas now enters the original fight for humanity’s survival with its innovative open-world sandbox gameplay, bringing together massive beasts, breathtaking environments, and unpredictable savage encounters.
Welcome to the Stone Age, a time of extreme danger and limitless adventure, when giant mammoths and sabretooth tigers ruled the Earth and humanity is at the bottom of the food chain. As the last survivor of your hunting group, you will learn to craft a deadly arsenal, fend off fierce predators, and outsmart enemy tribes to conquer the land of Oros and become the Apex Predator.
GAME FEATURES
STONE AGE BY FAR CRY: The rich setting of the Stone Age provides a new setting filled with unpredictable mayhem, dangerous threats, and incredible stories that Far Cry is known for.
RISE ABOVE EXTINCTION: Play as Takkar, a seasoned hunter and the last surviving member of your group. There is one goal: survive in a world where you are the prey.
FIERCE WILDLIFE AND SAVAGE AND MAJESTIC WORLD: This is earth before man laid claim to it, where deadly sabretooth tigers ruled the world, giant woolly mammoths were kings, and herds of massive Elk stormed through the plains. Discover these and many more daunting creatures in the savage open-world of Oros within the towering redwood forests, harsh taiga, cold glacial mountains and humid swamps.

In order to enhance your immersion, the entire dialog audio is in a primitive language inspired by Proto-Indo-European, a language that was spoken by our ancestors 12,000 years ago, and subtitled in English. 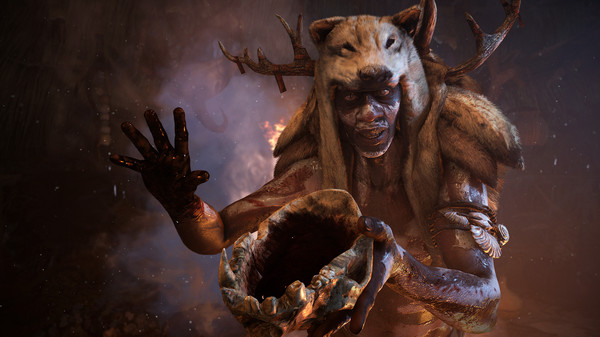 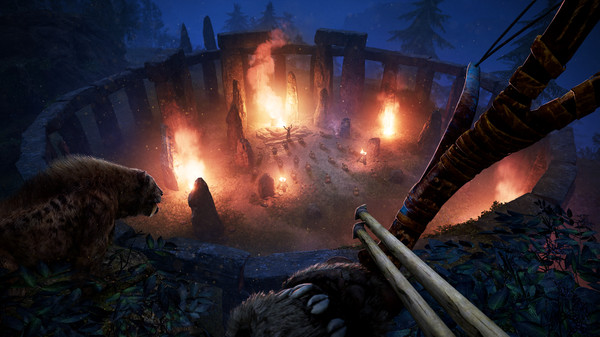 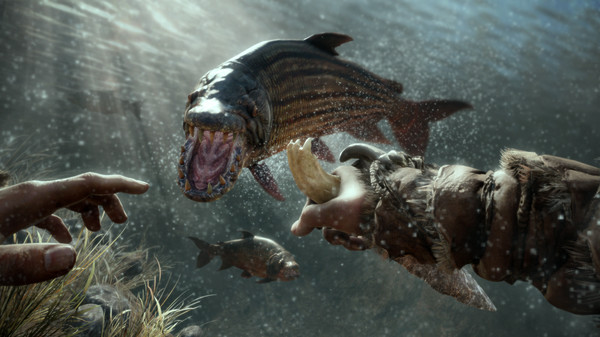 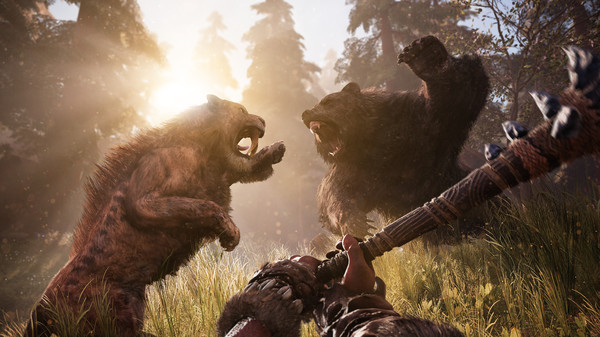