Want to Review Football Mogul 2014?Would you like to review this game for free?Are you a video game reviewer? Do you have your own video game channel/website/blog/etc.?If you're interested in reviewing Football Mogul 2014, just contact us via support@sportsmogul.com or e-mail connor@sportsmogul.com! We're happy to give reviewers a key(s) when requested. All you need to show us, is that you have a following or a working website/blog that you have previously reviewed games on.If you'd also like to become a curator for this game, please be sure to let us know after your review and we'd be happy to accommodate.Additionally; we have 3 other games coming to Steam as well, including our Baseball series (Baseball Mogul), so be sure to ask about those as well when they become available on the Steam store!About the GameFootball Mogul lets you begin in any year you choose, from 1970 to 2013 with the full roster of your favorite team -- or an entirely fictional team of your own creation. Your involvement as GM does not stop in the team's front office. Football Mogul gives you complete control over your team on the field. You start by setting the starting lineups for your team. On game day, you choose your level of involvement. You can retire to the luxury box and make calls to the field as needed or you can take control of each player, choosing what plays to run in each situation. A powerful game engine simulates each play of the game based on customized player ratings and over 40 years of historical data, assuring you the maximum realism possible! Football Mogul is designed to help you manage your team over many simulated years. Manage your team one day at a time, or let the computer simulate weeks or months at a stretch so you can play for virtual years or decades. As your players age, their abilities mature and decline realistically. Don't forget to build your team for the long term, rather than spending all your money on free agents this season. Watch your team rise and fall in the standings, watch your bank statement, and read the news stories to stay on top of what's happening with all the teams in both leagues. If you pick the right players, manage your finances well, and stick to a winning strategy, your team may win the Super Bowl, and you too may become a Football Mogul!FeaturesStart in any season from 1970 to 2013Rosters for every year since the AFL-NFL mergerPlay-by-play describes each play as it happensBox scores and play-by-play files created for each gameDetailed play designer22 offensive formations: 3rd down packages, wildcat, etc.17 defensive formations: nickel, dime, prevent, 33 stack, 52, etc.View detailed results for each play in your playbook: Versus each type of defense, In each down-and-distance situationRealistic player development and agingPlay up to 100 seasons into the futureAutomatically loads files from previous versionsNew FeaturesUpdated team rosters for 2013-2014 seasonAccurate 65-man rosters, updated for week 4 of the pre-seasonMore realistic simulation"Targets" and "Yards After Catch" incorporated into ratings (and recorded during simulation)"Hands", "Power", "Quickness" and "Visions" updated and calibrated for every playerMore accurate tackling, according to player skill and defensive play-callingNew stats and ratings for over 2,800 active playersUpdated year-by-year stats for every playerHand-edited ratings for over 340 offensive linemen and 500 skill positions (including 80 QBs)Updated ratings for over 900 defensive players and 170+ special teams specialistsMore than 400 new playersIncludes all 2013 draftees, plus undrafted free agentsMore than 800 new player photosExact season schedule for every season from 2001 through 2013Accurate scheduling algorithm for all future seasons (2014 and beyond):Includes correct interdivision and interleague matchups according to NFL rulesPlus realistic schedule options going back to 1972Improved play designer and playbook editorMore control over play action and option playsImproved Play-By-Play interfaceLet the computer choose your defensive plays while your control your offense (or vice versa)At any time, click "Playbook" to have the computer pick a play for youAdditional FeaturesForty years of historical accuracyHistorical rookies loaded for each college draft classCorrect schedule and playoff format for each seasonEnable or disable overtime (which was added in 1974)Additional league editing options, like the number of wild card teamsHotseat playTwo players can compete head-to-head using the same computerKeyboard shortcuts for in-game playcalling (so you don't have to fight over the mouse) Support for online playSchedule generation for shorter seasons (as few as 4 games)Schedule generation for custom league configuration -- even for an odd number of teamsFantasy drafts with more than one human-controlled team"Import Playbooks" feature lets you quickly load playbooks designed by each team's ownerStrategic optionsSet your team to run a '3-4' or '4-3' defenseBuild your offense with or without a fullbackAdjust the run/pass balance of your offenseFine tune your game plan by customing your playbookAdvanced playbook editorEasy interface lets you quickly edit existing plays or build a playbook from scratchEditable folder names and play namesLoad and save playbooks for use against different opponents, or to share onlinePlaybook tracks the success of each play in a variety of offensive and defensive situationsSupports custom offensive and defensive playbooks for every single historical teamYou can even redesign plays in the middle of a game 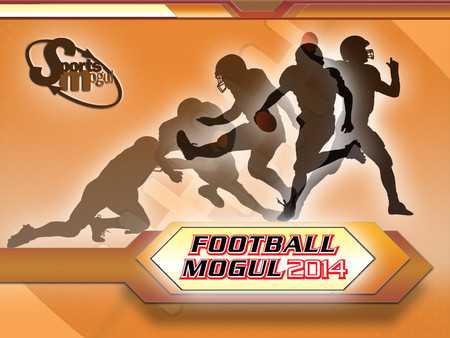 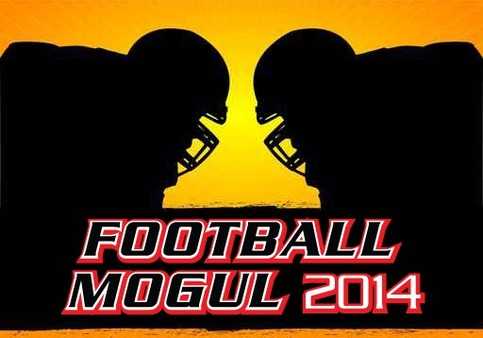 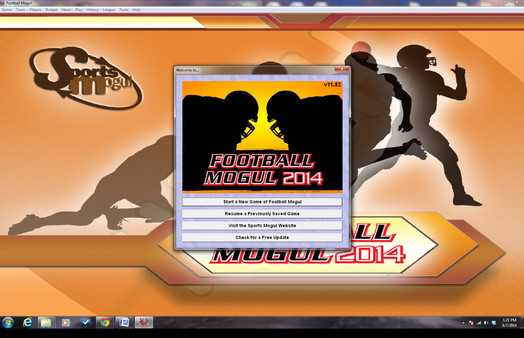 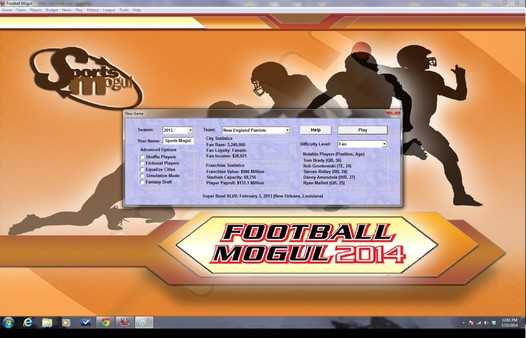 Football Mogul 2014 is the 11th version of the addictive football simulation game from the makers of Baseball Mogul.This version includes rosters and player ratings for opening weekend of the 2013-2014 season. Enjoy controlling your football franchise in