The Early Access Supporter pack is a thank you from the developers to anyone who wishes to support us in shaping the future of Holodrive. This pack was made to share with a friend, because that's what Holodrive is all about! :D

Contents:
One copy of Holodrive for you (Only if you don't own it already!)
A 2nd copy of the game to gift a friend!
The Scout set (from Team Fortress 2)
Ultimate Dummy set
2300 Bits
2 Holopacks
2 Legacypacks
2 XP Boosts
Our eternal love!

Every pack (Holopacks and Legacypacks) gives you one random customization, so you can turn your robot into the most fabulous one out there. Also, the sets are EXCLUSIVE to our Early Access Supporters, meaning you're gonna be envy of the battlefield whenever you're wearing them!About the GameHolodrive is a super fast-paced 2D multiplayer shooter about exploding robos with crazy weapons and collecting outfits! When Holocorp created Dummy its purpose was to be a companion robot, your fabulous best friend. No one could predict these robots would turn out to be obsessed with exploding each other! Now they compete in special arenas and are equipped with a vast arsenal of guns, an unhealthy dose of unpredictable power-ups and wearing the most diverse accessories available. Nothing can go wrong!

Holodrive is going to be a Free to Play title in the future. You can read more about it down below.

Destroy other players in fast-paced combat
No robot stays materialized long in the arena. Dummys love exploding each other only to be materialized again and continue their spree. Use the map to your advantage and surprise your enemies by teleporting right into the combat or hiding behind anti-bullet barriers!
Equip and collect a vast arsenal of weapons
Holocorp has designed the Dummy to be able to carry up to 7 weapons at the same time. Pick up weapons and ammo as you platform through the levels or grab weapons from enemies you kill. Get different weapons by opening packs, craft them or equip your free weapon that’s available on rotation every 3 days!
Mobility, Versatility, Unpredictability
Every Dummy is equipped with a jetpack, your robot is made to move fast through the arena, gaining momentum in ramps and using power ups for efficient traversal. Also by using random Power ups, Dummys are able to turn the tide of battle and surprise their opponents with effects like Disarm, Invincibility or Invisibility!
Become the Most Fabulous
Customizing your robot was Holocorp’s original intent. Hat, head, torso, arms, legs, skin and jetpack are fully customizable! Open Holopacks and complete your album with sets like the Shinobi and become a ninja; or mix it with pieces of the Buccaneer’s Loot to become the best pirate-ninja ever!
Unlock anything and everything, just by playing
Holodrive is going to be Free to Play, but that doesn’t mean paywalls behind everything or that those who spend money are going to have advantages. You’ll be able to collect any item by just playing the game! Open Holopacks to get a random item or dematerialize your copies and craft them into stuff you don’t have. There are even super-rare version of items available! 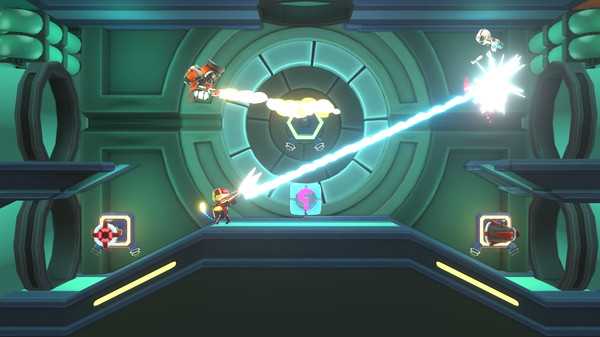 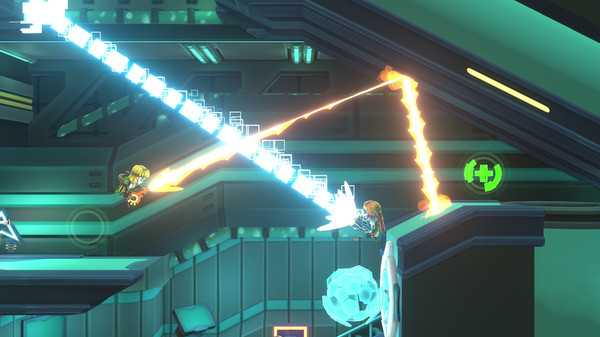 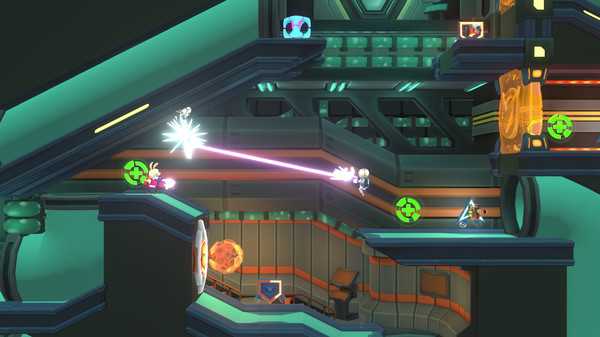 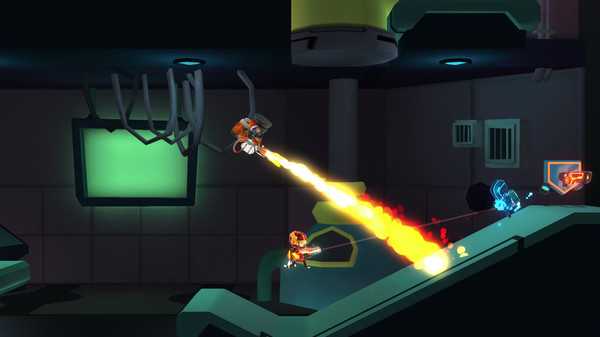 Holodrive is a super fast-paced 2D multiplayer shooter about robots exploding each other and collecting outfits! Create your Dummy, customize it and jetpack your way to victory!