Retro Platformer FlareJumpJet Rex features beautiful hand-drawn 16-bit graphics and classic chiptune music that transfers dino lovers back to the 2-D glory days of the early 90’s.Secrets and CollectiblesWith dozens of items stashed across the Galaxy, and many secret areas to discover, JumpJet Rex offers plenty to do for the treasure hunters in the house!ReplayabilityWith a time challenge twist, players can replay every level multiple times to prove their platforming prowess. Download ghosts to race against the best players in the world, or compete directly with your friends to see who can post the best times!Killer Old School GameplayRemember when platformers were so tough that people would hurt their hands playing, but feel amazing after getting past a level? Relive those moments with JumpJet Rex’s strenuous platforming challenges and retro boss battles.Co-op Mode Saving all of dinokind from a giant asteroid barreling down on Earth is a pretty tall task for a T-Rex with tiny arms, so players can team up with a friend to take on challenges. Teammates must coordinate efforts in order to avoid mass obliteration.Customization and UpgradesNo two T-Rex’s are alike and fans will be able to customize their character and upgrade their appearance with the loot they collect on their travels. 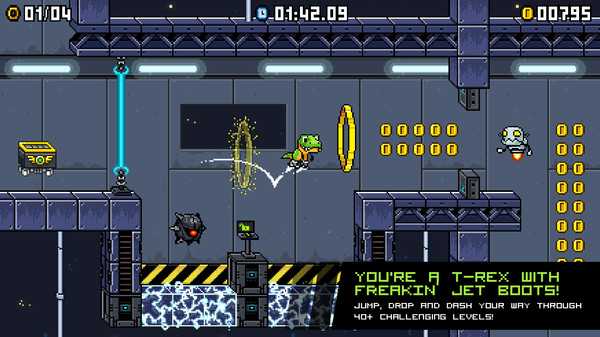 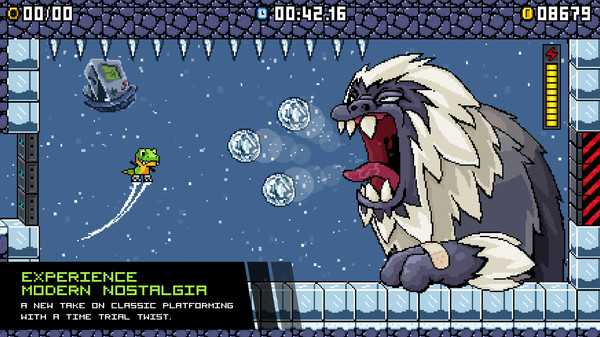 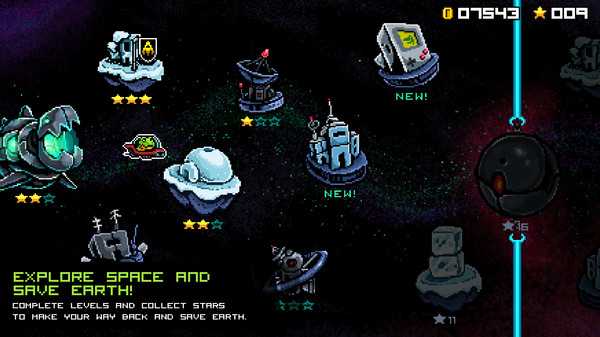 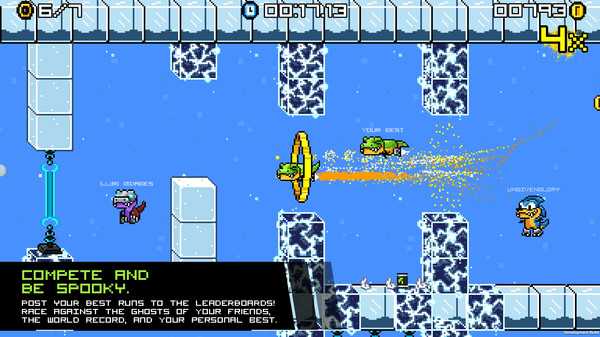 Test your dinosaur jump-jet skills with a game that redefines the platformer genre, aptly renaming it "platflyer." Simply put, you're a t-rex with rocket boots trying to save earth from an incoming asteroid. Do you have what it takes to stop it?