One More Night is a 4 player action packed co-op top down wave shooter that will keep you on the edge of your seat struggling to survive just one more night! Get your team together, build towers, and prepare your defenses in an attempt to fortify your position as much as possible to protect yourself against the relentless horde of enemies!Game Play

Game matches are played with one to four players. Game play is split up between two phases; day and night. During the day, players will have a few moments to access the shop to buy weapons, ammo, and buildings to help them to survive the coming night. Once the night phase begins enemies will start to spawn and target the players and their buildings. Each additional player to the team causes more enemies to spawn each round. Additionally, each night will spawn more enemies and they will get progressively tougher every night. Don't forget to find the power plant and turn on the power! you won't be able to use towers until you do!Game Features 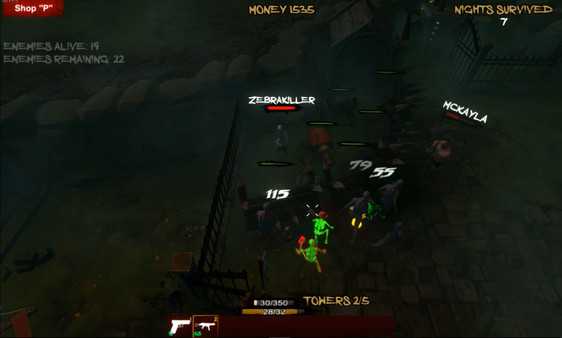 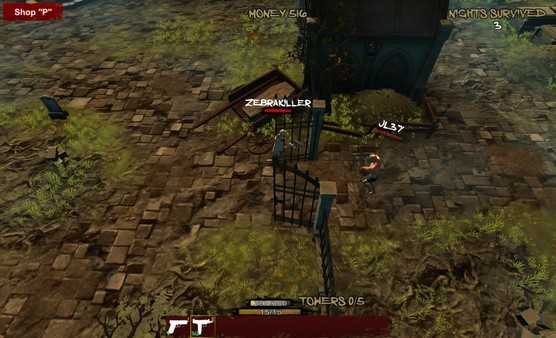 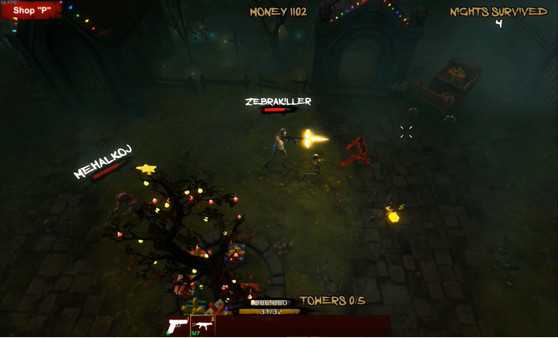 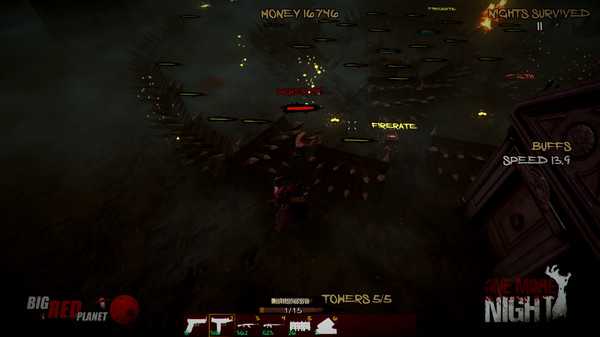