The game’s plot follows operations of the autonomous unit of clandestine, off-the-books organization — The Club.
You face a duty of shaping up a squad of unique characters. Your employers will provide you with cutting-edge weapons and magic.
Once equipped and ready, they will take on legions of mythical creatures, aliens, and walking nightmares.WARNING:
THIS GAME IS EARLY ACCESS PRE-ALPHA. PLEASE DO NOT PURCHASE IT UNLESS YOU WANT TO ACTIVELY SUPPORT DEVELOPMENT OF THE GAME AND ARE PREPARED TO HANDLE PERIODIC WIPES, SERIOUS ISSUES AND INCOMPLETE CONTENT.Games Features

Awesome new TCG experience
Game mechanics focused on PVE, where the sequence of cards and synergy is important as ever.
Deck construction begins with selecting character. Each character has a set of unique abilities, class, and his basic parameters. Each card has a type and unique effect. That allows you to create many different combinations during the battle.

Loaded by Challenge
Every mission is filled with dangerous enemies. Winning is like solving a difficult puzzle.
Player's characters are the ones that fight monsters. Battles are divided in phases: first, the player's actions, then the monsters and the player once again. The player's goal — to destroy all monsters before they kill the character.

Story Driven
It’s an immersive story in a large, multi-faceted world full of mysteries, magic and unknown technologies.
Supernatural exists. People try to convince themselves with reason and often become distracted from unnatural activity. The truth is there if one is willing to see. We know what are those dreadful creatures, that lurk in the shadows. We’ve encountered them every day for many years. We fight them and we push them back. One day they will crawl back to their holes and never return. Until then - join us and watch them gone. 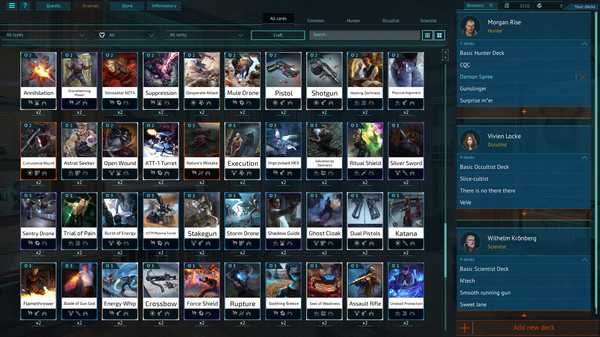 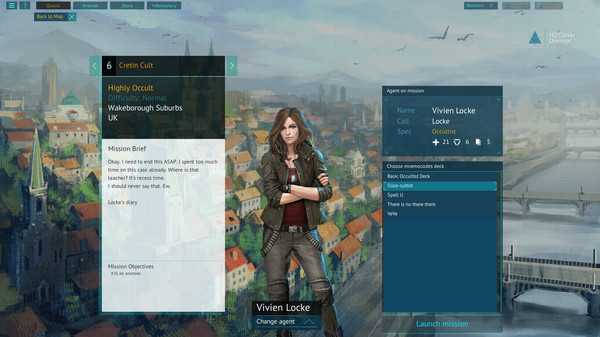 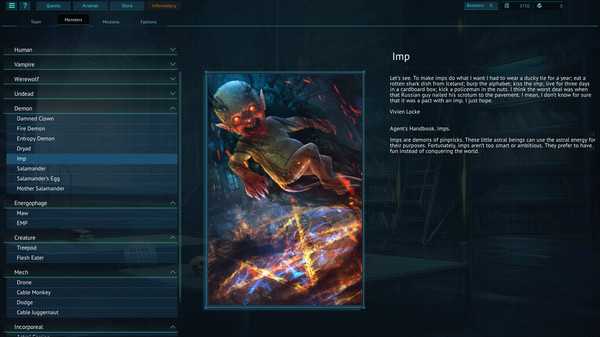 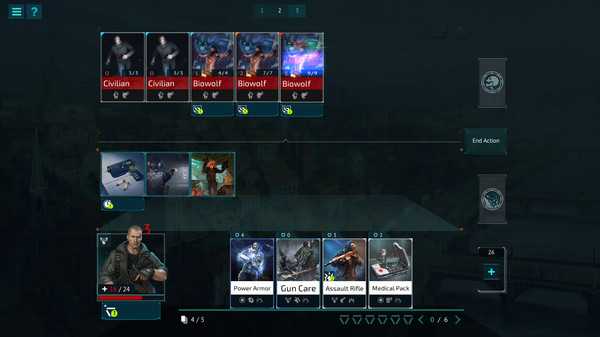 PANOPTES A STORY DRIVEN TCG The game’s plot follows operations of the autonomous unit of clandestine, off-the-books organization — The Club. You face a duty of shaping up a squad of unique characters. Your employers will provide you with cutting-edge weap