2438. Eleven years after the First Ceti War. The United Interstellar Federation and a secluded alien race from Tau Ceti are locked in a tense stalemate. Fourteen of the best pilots in the Federation have been recruited to single handedly win the inevitable second war.

Fourteen ships with unique stats and weapons to suit a variety of playstyles
Six stages of classic shmup action (and savage bosses) in Arcade Mode
An infinite onslaught to satisfy your scoring itch in Endless Mode
A range of difficulty options, from calm and newbie-friendly to basically impossible
Fully voiced cutscenes for the two people looking for a good story
New mechanics like Overdrive that help you kill things and get points even better
A (nearly) complete graphical overhaul
Still a whole lot of explosions (like you were ever worried) 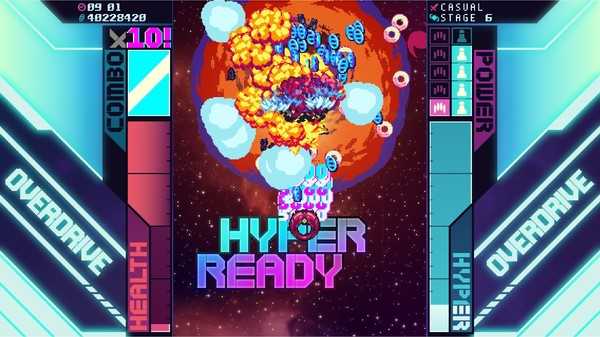 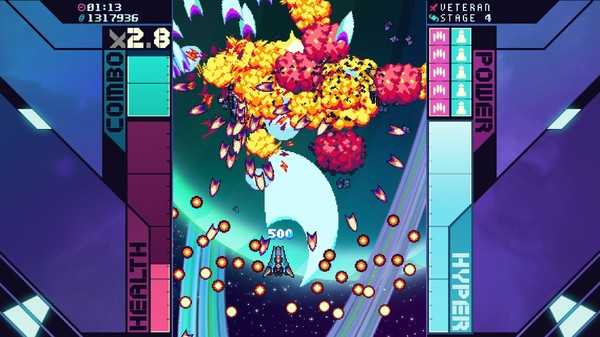 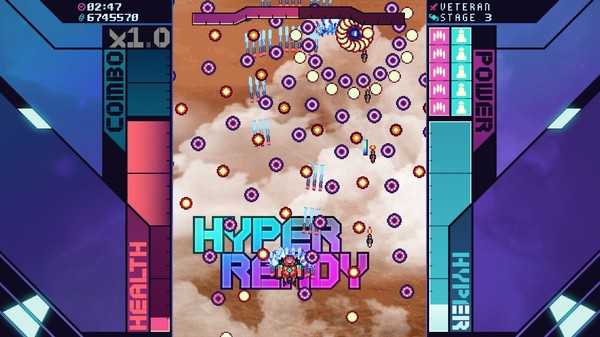 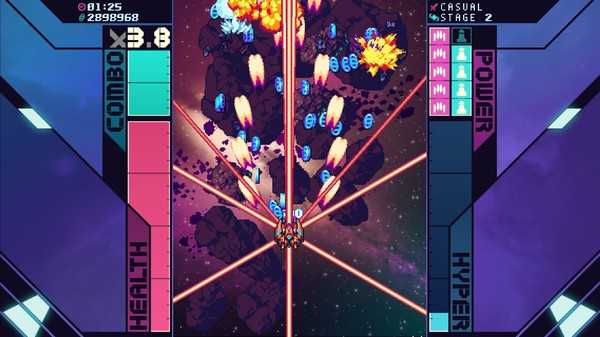