Switchcars is a vehicular roguelike arcade set in a broken spacetime. Escape alien beasts through procedural environments, using more than 1,000 vehicles. All you need to do is reach the year 2055. In theory.

You are probably not going to make it. Not the first time, not the second, but perhaps the 100th? Every round is different, and you'll get better over time, so crack your knuckles and show those alien beasts who's the master of vehicular arts, the ultimate escaper of Earth, the unintended interdimensional time traveler scientist-man of pure vehiculative efficiency! Or, get struck by a bus and try again.Features:


New kind of gameplay
Switch instantly between vehicles in your inventory to move as fast as possible.

1,000 vehicles
Nearly all kinds you can imagine, all driveable, with different behaviors. There's a bit more than a thousand actually, and more is yet to come.

Time travel
The playable years are 1950 to 2055. The point in time dictates available vehicles and environments, but also difficulty. Can you make it to the end and get an interstellar spaceship, the ultimate vehicle?

Vehicle upgrades
Rocket-propelled motorcycle with caterpillar tracks and machine guns? Yes! There are 40 powerups that can be used on any vehicle, altering their performance and appearance.

Content browser
Browse vehicles, lanes or powerups you've unlocked. See how many you haven't seen yet.

Immensely replayable
Due to agile gameplay and procedural nature of the game, the rounds are always different, relatively short and unpredictable - in classic action roguelike manner. 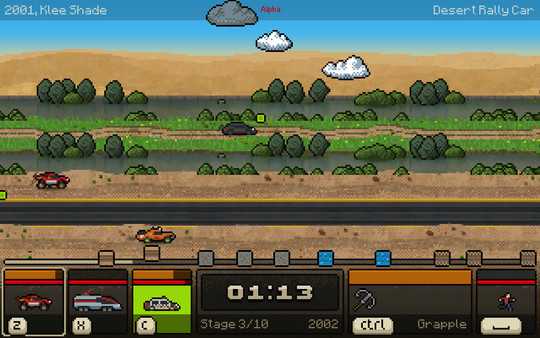 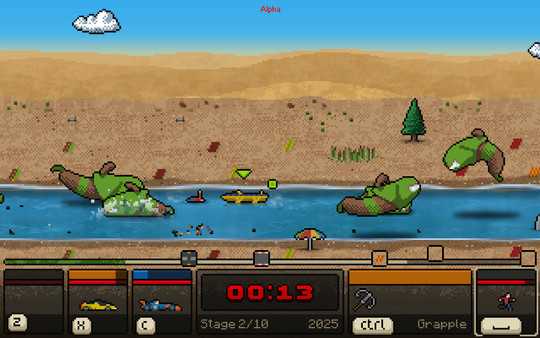 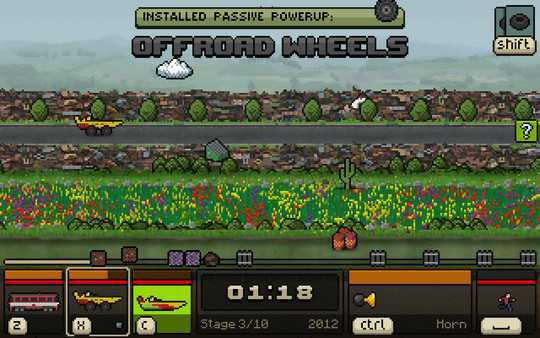 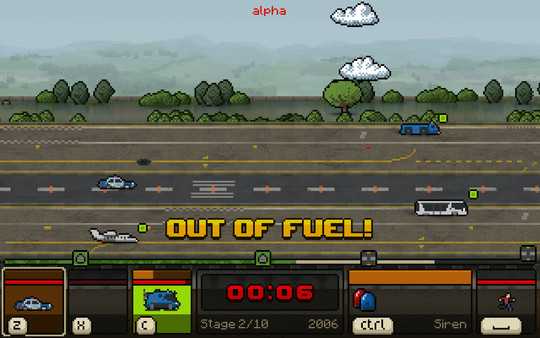 Switchcars is a vehicular roguelike arcade set in a broken spacetime. Escape alien beasts over procedural environments, using more than 1,000 vehicles. You'll crash or run out of fuel, but that's okay - you'll switch to another vehicle. All you need to do Simple graphics and controls. You can easily play the game.
You can play a variety of vehicles. Change cars with fun! low-pixel high done.
Game will crash if you don\'t have proper DirectX driver without error message. The idea for this game is fantastic, as is its potential. There is a tutorial, but it didn\'t manage to teach everything as well as I\'d wish. A lot remains to be learned by trial-and-error.

The graphics really suit the game and especially all those pixel-vehicles really have charme.
I\'m not sure if the controls could be better or if I just need more experience. Probably it would be a better experience on a console, than with a keyboard. This game is a vehicular roguelike arcade.
Fast and furious game ever.
Cool Graphics and nice Gameplay, also great sound.
Speedrunner game version.
I love it :) Such a good game, it flows really nicely, has a great sound track and a really unusual but easy to understand concept. I highly reccomend it to all!