We've been a bit quiet on the announcement front of late but are back with some news to share.

We'll be releasing a software update next week with a brand new feature: Daily Missions

What are Daily Missions?
A new single player mission that is generated every day
The squad configuration, map, rule set, and enemies are all randomized each day - It'll be a surprise every time!
You get one try per day
Pass or fail, you get a score that is registered to the daily leaderboard
This is something that we've been tinkering with for a little while and wanted to keep it under wraps until we were ready to unveil it.

We've been having a lot of fun with it at our studio and are really excited to finally release it to our player community.About the GameOne of Destructoid’s top indie games to look for in 2016.

This is TASTEE: we do take out.

You are the director, you will coordinate a master plan using every tool at your disposal. Off the books, unsanctioned and highly illegal, you’ll be doing the dirty work the government can’t.

They are elite, elusive, and deliciously dangerous. Independents and rogues, these mercs do not play well with others and we’re going to cram them all into your rundown diner: TASTEE. They’re an unruly powder keg waiting for a spark...but fortunately most of these guys like explosions. This is your team.

Your job is to recruit these hired guns and form the TASTEE team; use them to orchestrate missions to take down the Cartel. Misfits and outcasts, each merc has refined their own personal MO when it comes to death and destruction. Their unique set of skills is exactly what you’ll need to steal guns, interrupt supply lines, save hostages, formulate traps, and execute epic gunfights on your mission to take down The Cowboy - the big boss responsible for a global crime epidemic. Lethal tactics have been authorized… Good luck.

Single Player Mission Mode:
30 Missions across 10 locations
Recruit mercs, each with their own unique skillset
Mission Leaderboards - Replay missions, best your own scores and top others’ to climb the global leaderboards.

A diverse roster of 12 mercenaries, each with their own special abilities and weapons
Each character has their own particular skill set, their expertise ranging from clever gadgets to lethal combat abilities
4 distinct character classes: Gunmen, Snipers, Shotgunners, Bombers
Mix and match your mercenaries to create the optimal squad for each situation
Coordinate attacks by pairing units with complementary skills and abilities. For example, Linus breaks through walls, attacking from unexpected locations and opening paths for teammates; pair his skills with Bodark's swift disarming shot to take enemies by surprise and leave them vulnerable.


Competitive Online Multiplayer Play:
ELO-ratings based global leaderboards - Defeat other players in the community to move up the rankings and become #1!
Asynchronous Online Matches - Play Head-to-Head matches asynchronously - submit your turns at your own pace. E-mail notifications inform you when it's your turn and when someone has challenged you to a match.
Cage Matches - Play Head-to-Head matches live - submit your turns before the timer runs out.

Daily Mission: Single Player Challenge
A new single player mission every day
The squad configuration, map, rule set, and enemies are all randomized each day - It'll be a surprise every time!
You get one try per day
Pass or fail, you get a score that is registered to the daily leaderboard

Steam Achievements:
Play all modes to earn them all! 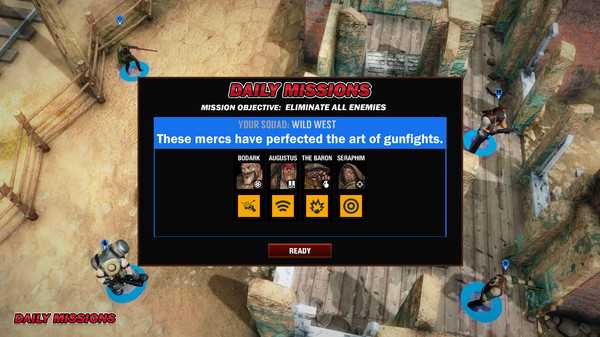 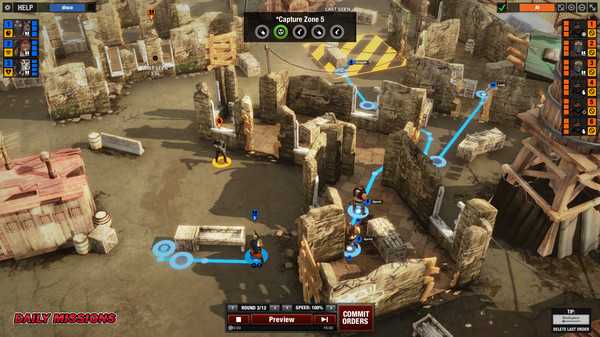 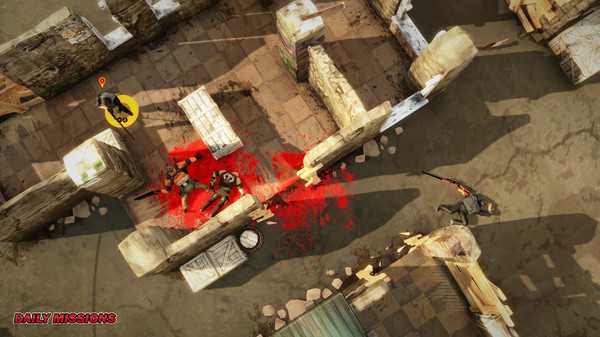 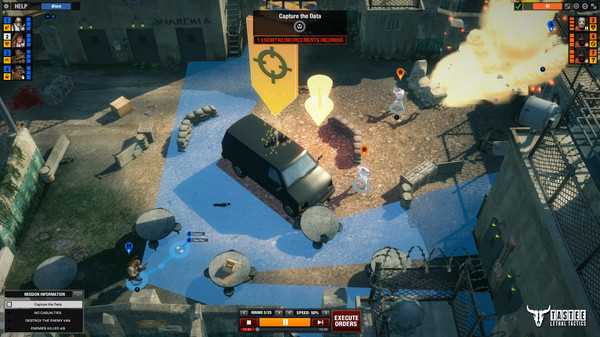 Strategy has a new name and it’s damn TASTEE. Recruit a team of volatile mercs and execute dramatic gunfights on a mission to take down the Cartel. Out think, outmaneuver, and eliminate enemies in a fresh take on simultaneous turn-based tactics.