Archty Tolomei is a 9 years old boy that lives with his dad. In 2008, his mom left the house with his two sisters and a little baby, only to come back in 2009 asking for forgiveness. During a huge fight, Lisa, one of Archty's sisters, called 911. When they arrived, Archty's father claimed she stormed out again with the children, but Archty had a feeling they were all still in the house.

The Archetype is a psychological-horror where you'll be in control (or not) of Archty's psychological aspects, like Fear, Despair, Anxiety, Sadness, Jealousy, Anger, Aggression, Libido, Envy, Guilt, Depression and Solitude. As you explore the 4 chapters of Archty's life, you'll have to deal with his anxiety disorder and schizophrenia.

The neurosis, psychosis, suicide and homicide meters will go up and down, depending on how the environment and dialogs affect Archty.
Help him deal with his alcoholic abusive father, find out what happened to your mother and sisters and reach the end of this epic
thriller filled with antipsychotics drugs.

The Archetype is a game in 4 chapters. We're releasing chapter 1, but everyone that buys the game now is buying all 4 chapters. Each chapter will be released every two months. The chapters are (Childhood, Adolescence, Marriage and Old Age).

A game by The Mundi Project Game Studios 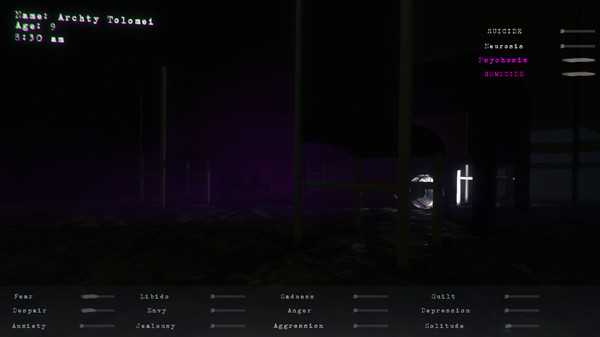 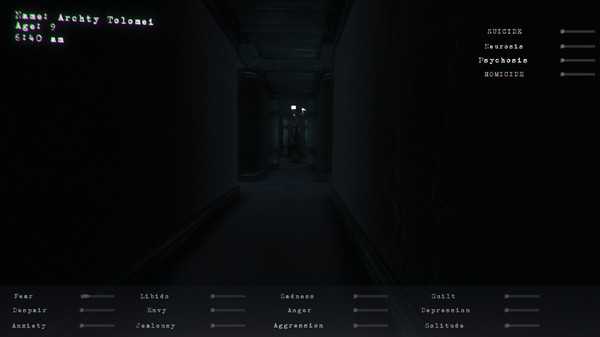 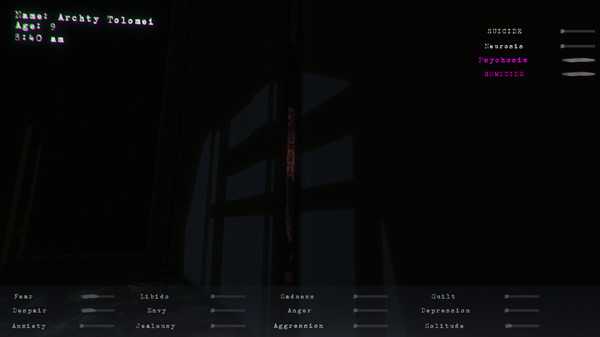 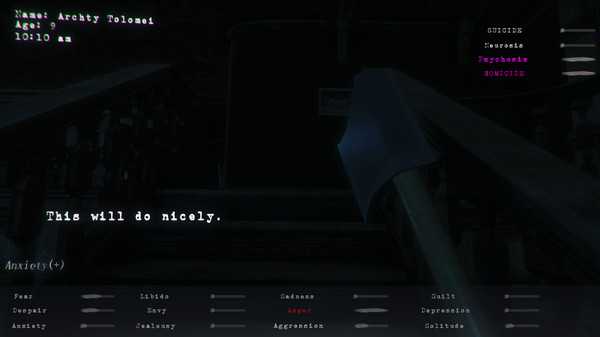 The Archetype is a psychological-horror where you'll be in control (or not) of Archty's psychological aspects, like Fear, Despair, Anxiety, Sadness, Jealousy, Anger, Aggression, Libido, Envy, Guilt, Depression and Solitude. 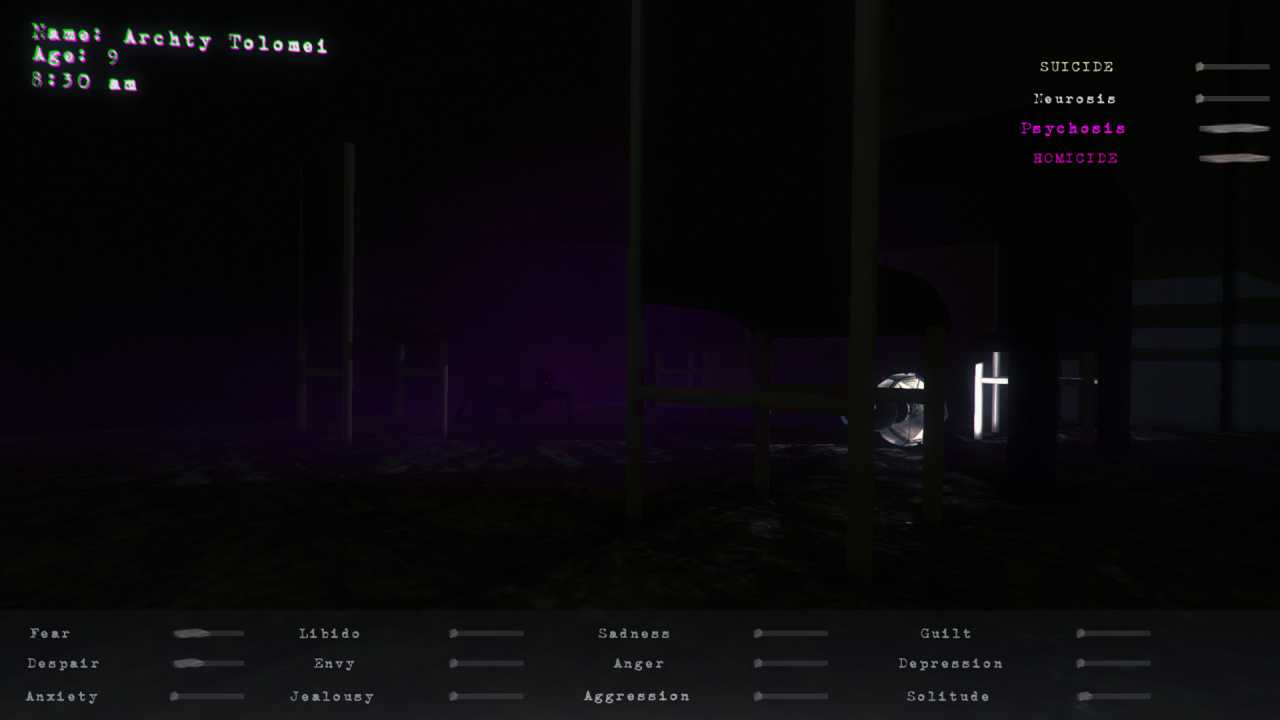 Can you take control over your deepest emotions?

I rarely played a game that allows you to control your emotions but The Archetype manages to bring in front all of that and so much more all thanks to a clever horror experience.

The game is an episodic experience that places us into the shoes of a 9 year old boy that suffers from a mental illness. While not all of us agree with the episodic experience, there’s no denying that it does have its charm because you always expect on new stuff as you progress through the game and it makes the title similar to a TV series.

The more you play the game the more frightening it will get to be honest, because they do a good job when it comes to delivering a stellar attention to detail. They created the game world as a very scary place and thus you will always have to control your emotions. The mental illness that our character has does lead to hallucinations from time to time, but It also showcases some interesting possibilities which is an amazing experience to be honest, it all comes down to how you want to get in touch with everything.

You can find numerous notions of mystery and fun in this game, with all of them being seamlessly combined into a very scary, albeit funny package that you can definitely appreciate as you play.

Graphics are nice, but not that polished however since most of the time you go through dark regions you don’t have to worry about anything, because the gameplay is simplified and made more fun via a variety of unique moments that are thoroughly enjoyable for sure.

There are only 2 chapters at the time of this writing and each one of them is quite different in regards to the experience that it offers, which in the end does hurt the gameplay a little bit. Yet it’s a continuation and we can definitely rest assured the entire set of chapters will bring in some really funny moments to be had in the long run.

The Archetype is surely one of those games that you can try out if you want to see how a person with mental illness can react and live nowadays. This is a really funny game for sure and in the end it does deliver an immense value all around. If you like psychological games with a touch of horror then this is a nice choice!