DescriptionTales of Mystics and Madmen: Entourage or TMM: Entourage for short is a top down shooter with a couple of RTS mechanics mixed in. You pick one of three sides and fight either the other two in various competitive or just one side in cooperative game modes. Each player character is joined by three bodyguards which may be controlled by your friends at the push of a button on a gamepad. The game offers various objective-based game modes which vary in length and style, with most of them sharing the same principles. There are two layers of control: You control a single unit directly. You raise defenses by constructing turrets in the field and buff allies for a short time to gain an advantage over the enemy. On top of that you may change the current production order and target focus of your troops. These troops are automatically produced and deployed in your main base. If no specific orders have been given or whenever you yield control, an AI takes care of your troop management. Although this game can be played by yourself, it is more fun to engage in conflict with your friends locally and with others around the globe.BackgroundThree sides fight for supremacy. They are called Primitivists, Progressionists and Royalist. The Prims are deeply connected with nature and draw influences from various African and Asian cultures. Progs have aristocratic origins and happen to be techno-lovers (literally), they tend to invent the next big thing before anyone else gains knowledge of their last big thing. The Royals foster nobility and pride and like to duel each other if not fighting off some bigger threat.Key FeaturesCompetitive Game Modes: King of the Hill (hold 1 objective), Escort, Team Deathmatch, Warfare (hold 6 objectives) and moreCooperative Game Modes: Stronghold (Hold 3 objectives at the same time), Onslaught (survival mode), Tug of War and moreSome Game Modes support leaderboardsCampaign Mode: Play increasingly difficult matches with your friends vs bots, progress between sessions is savedHotjoin local coop: Up to 4 players can play locally, three of them can join/leave at any timeEntourage: Change the appearance and weapon of your bodyguardsUnique RTS/Shooter mix: control a single unit and build turrets directly, produce troops indirectly by giving general ordersKill workers of your enemy to reduce their incomeVarious Weapons with primary and secondary fire modes unique to each factionRPG mechanics to round up the gameplay: gain technology points by defeating enemies and empower your troops, use skills to buff your alliesCall and enter a gunship to turn the tide of battleProcedural map generator: each game mode requires a different map layout, the map generator creates maps according to set rulesMatch customization: there are various parameters which can be set to adjust game length, starting resources etcFuture DevelopmentWe feel like there is still so much potential hidden in this game. We want to add new game modes, delve deeper into what we can do with the current ones and improve local and online multiplayer. Since this is our debut title things may be a little rough around the edges, but we are committed to getting the best out of this game. In addition to improving the current game and adding quality of life updates, we want to build a community by introducing workshop support at some point in the future. This might happen sooner or later, but it's definitely something which would add a lot of value to the game. Here is a quick list of things you can look forward to in the near future.ImprovementsEntourage: Enable your bodyguards to enter your Gunship.New Modes for Coop and Competitive PlayAdd elevation levels and tactical advantagesAdd new road layouts to increase map variety 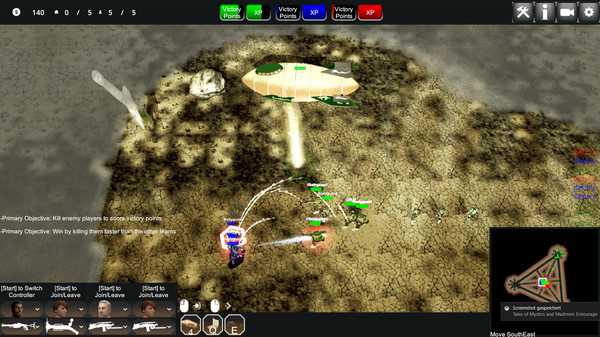 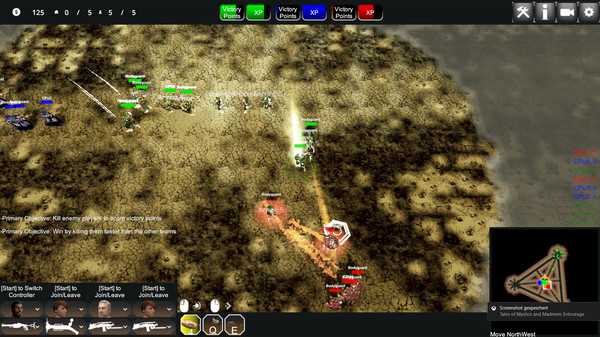 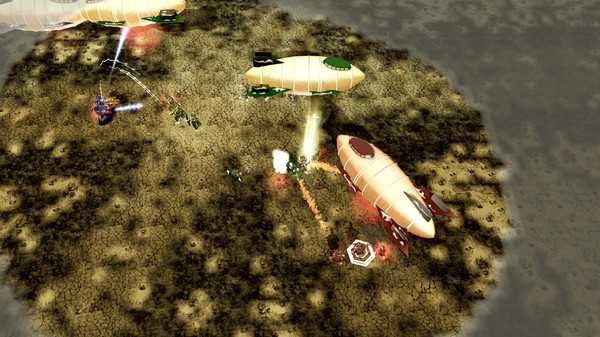 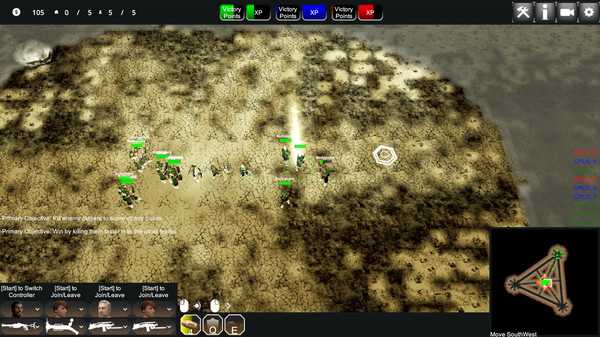 Pick your side and become commander. Select your soldiers and lead them into battle. Your friends fight beside you closing the ranks. Motivate them to fight harder. Raise defenses to establish safe havens for your people.