Winds Of Trade is a strategy game about running an ocean trading company in the 18th and 19th centuries. Building your trading empire will not be your only goal! Ruthless pirates, shady smugglers, wartime and fierce competitors will make the way to the top a long and hard road for you!Main FeaturesProcedurally generated worlds: You will face different challenges and you will have to learn how the cities’ production chains interact every time you start a new game.Realistic economic simulation: All prices respond to the basic laws of supply and demand. Every raw material comes from somewhere and every final product goes somewhere to be bought. No arbitrary game rules set, just the will of the free market.Smuggling: Some goods that can be freely bought in one city may be illegal someplace else... Are you willing to take risks for some extra profit?Smart Artificial Intelligence opponents that will make your way to the top even more challenging!Dynamic world economy: Events such as forest fires, bad harvests or war alter the supply, demand and prices of the different commodities. Contracts system: You can accept contracts from governments, private companies and even shady smugglers in order to make some extra money transporting goods. But don't forget, failing comes with a price.Turn based battle system: Pirates may attack you if your cargo is valuable enough... Do you have what it takes to defend yourself? Also, be very careful during wartime, especially if you are transporting weaponry or troops.Your very own colonies: Once you are powerful enough you can found your own colonies in order to exploit natural resources and play with the rules of the market.8 different ship types from the Age of Sailing, including brigs, galleons, frigates and schooners.Automatic Trade Routes: Once your fleet is big enough you can make scripts for your ships to follow and they will trade according to your rules automatically.Improve your ships' stats by hiring experienced captains or purchasing upgrades.Stock market: Invest in companies, help them sell their goods worldwide and collect the profits.A rich and immersive soundtrack.We also have some exciting plans for future updates!Corruption simulation system: Obtain an advantage over your opponents by bribing corrupt governments.Take over competitors' companies.Dynamic environment and weather simulation.New goods and production chains including spices, salt, tea and ivory.Own warehouses to accumulate goods and manipulate the market. 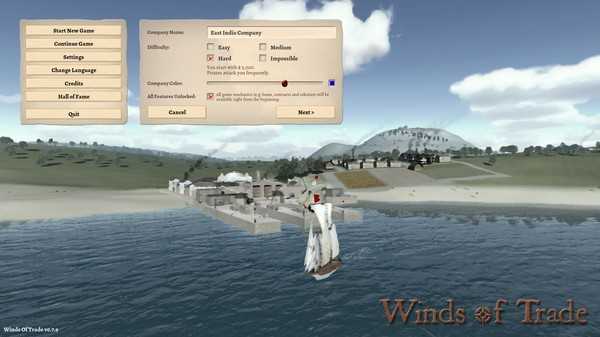 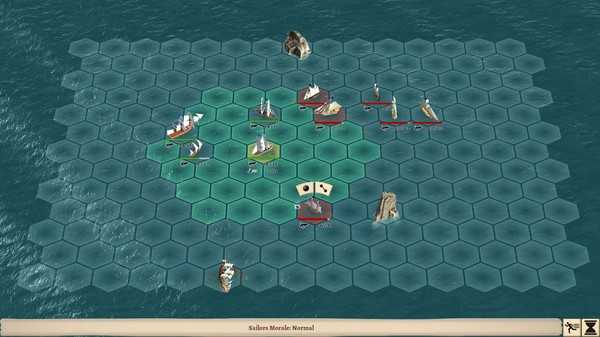 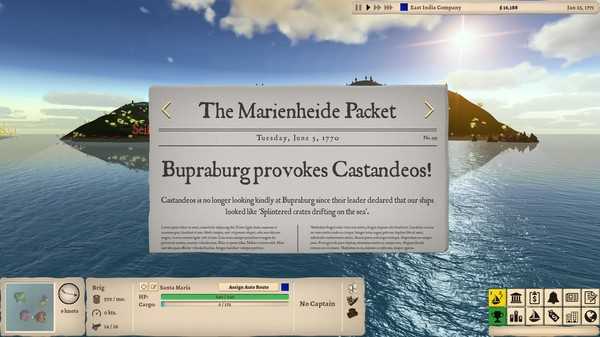 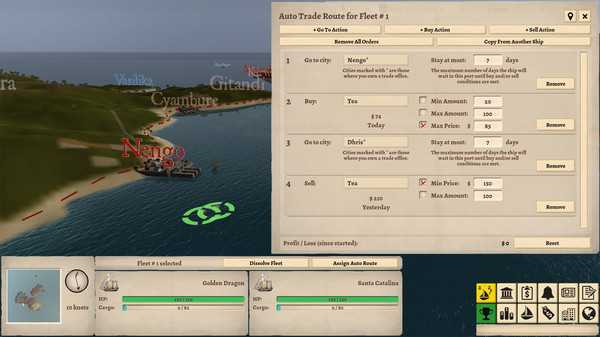 Winds Of Trade is a strategy game about running an ocean trading company in the 18th and 19th centuries. Building your trading empire will not be your only goal!